I gave a very enjoyable talk on Saturday in the pretty northern town of Beverley. This was my first solo gig, as Rob’s first born is due any second now. When the rushing efficiency of the King’s Cross to Doncaster line gave way to the locomotive amble of the branch line I began to feel some nerves building. Discussing our work publicly with another writer was new to me, and opened up a world of undefined variables.

My fears were unfounded however, not least because the other speaker was the extraordinary Nick Papadimitriou. Nick describes himself as a ‘deep topographer’, a practitioner of ‘radical walking’. These terms encompass an approach to exploring on foot that serves as a kind of research into the nature of reality, and a mode of expressing it that is difficult to describe. 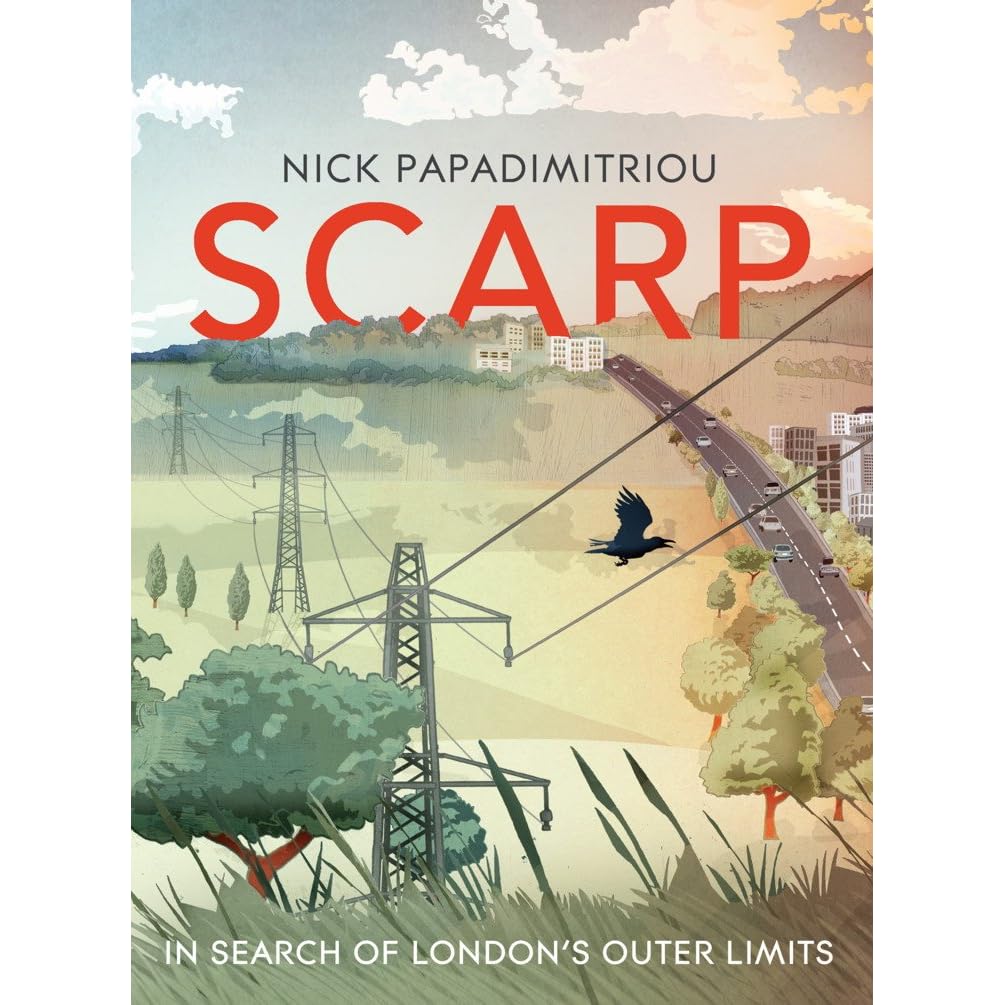 To say he walks the road less travelled is somewhat of an understatement. His latest book Scarp traces a path over the fourteen-mile ridge of land on the fringes of Northern London, through time, in and out of consciousness and between fantasy and truths that are stranger than fiction.

I’ve mentioned the Michael Drayton poem Poly-Olbion a few times in this blog and in Skimming Stones.  It attempts to express something inherent in the landscape both by describing it in detail and by anthropomorphising its features: having them speak about the layers of history and legend that they have witnessed. Though it is utterly different in form, I found Scarp strikingly similar. It creates a compound impression of physical landscape superimposed with the stories that give it meaning.

In a number of ways though, I think Scarp is more successful. This may simply be because it is more accessible to modern sensibilities in its choice of which stories to tell, or that prose is better suited to the task than iambic hexameter. I think, however, it is something deeper. Drayton raises up well-known legends, and the rivers and hills anyone would see if they visited each area. But by trying to be universal, he weakens the personal connection to the land; in trying to review all of Britain he is obliged to move at a fairly high velocity, there’s no time to stop and talk to the locals. It may be a sign of the age that Nick’s book does the reverse, slowing down to take in minute detail, and indeed associating speed and an inability to pay attention with death at a number of points.

Nick, despite describing himself as “quite an angry man”, was more than pleasant, and it was very gratifying to discuss Skimming Stones with someone who had read it closely and had so much to say about it that went to the heart of what Rob and I were trying to convey, and indeed roamed beyond its borders into ideas I had not considered.

A good example of both can be seen in the documentary about Nick The London Perambulator (which I’ve included below – well worth watching). There is a moving moment in the documentary when Nick talks about finding in the landscape around him something larger than the forces which he felt had rejected him in the world. This touches something at the heart of what Rob and I are talking about: that sense of stability is of such huge benefit to our individual peace of mind in a world that is increasingly rootless. Nick’s experience goes beyond Skimming Stones as well, by searching for this encompassing geography within the structure of the city, where it is not easy to perceive, hidden under the paving stones, alongside A roads or behind shopping centres.