It comes as no shock to us that a range of recent reports has found time spent in nature as beneficial to the human animal, but it is welcome research nonetheless. Once again the transformative powers of slowing down and being in the outdoors has been shown to have a positive impact at every level, from the microbe to the mass consciousness.

A Finnish report entitled ‘Proceedings of the National Academy of Sciences’ has found more diverse microbiota on the skin of teenagers living in farms or near forests than their counterparts in urbanised areas. One class of such bacteria is linked to the development of anti-inflammatory molecules, stimulating an immunological response in people that is known to suppress the swelling caused by allergy to pollen or animals.

With rates of asthma and allergies on the rise, this has led the doctor who conducted the report to call for city planning that includes green spaces, green belts and green infrastructure, an issue I blogged about for the National Trust recently.

A study published in the journal ‘Landscape and Urban Planning’ reveals that such a measure would reduce stress levels too. By monitoring levels of cortisol, a hormone released in response to stress, found in residents’ saliva, the team could directly correlate a link between stress and the lack of green spaces in urban areas.

In Skimming Stones we draw a similar conclusions about simple activities in the outdoors and the positive, transformative effect on the body, from the tangible (the ‘fiero’ pride in completing an igloo) to the imperceptible (the shift from cones to rods in our eyes as our senses adopt night vision in a darkening wood).

One thing is for sure: the human animal adapted over millions of years to live in the natural environment. We are hard wired to respond to it and, as such, we need it in our lives as surely as five fruit and veg a day. It explains perhaps why I felt the need to abandon my car last week and run back to photograph the coming storm as it rolled over the fields of impossibly yellow rapeseed. As J A Baker once wrote, “The solitude of horizons lures me towards them.” I couldn’t tell you why, but I needed to stop and take in that sky as surely as scratch an itch. 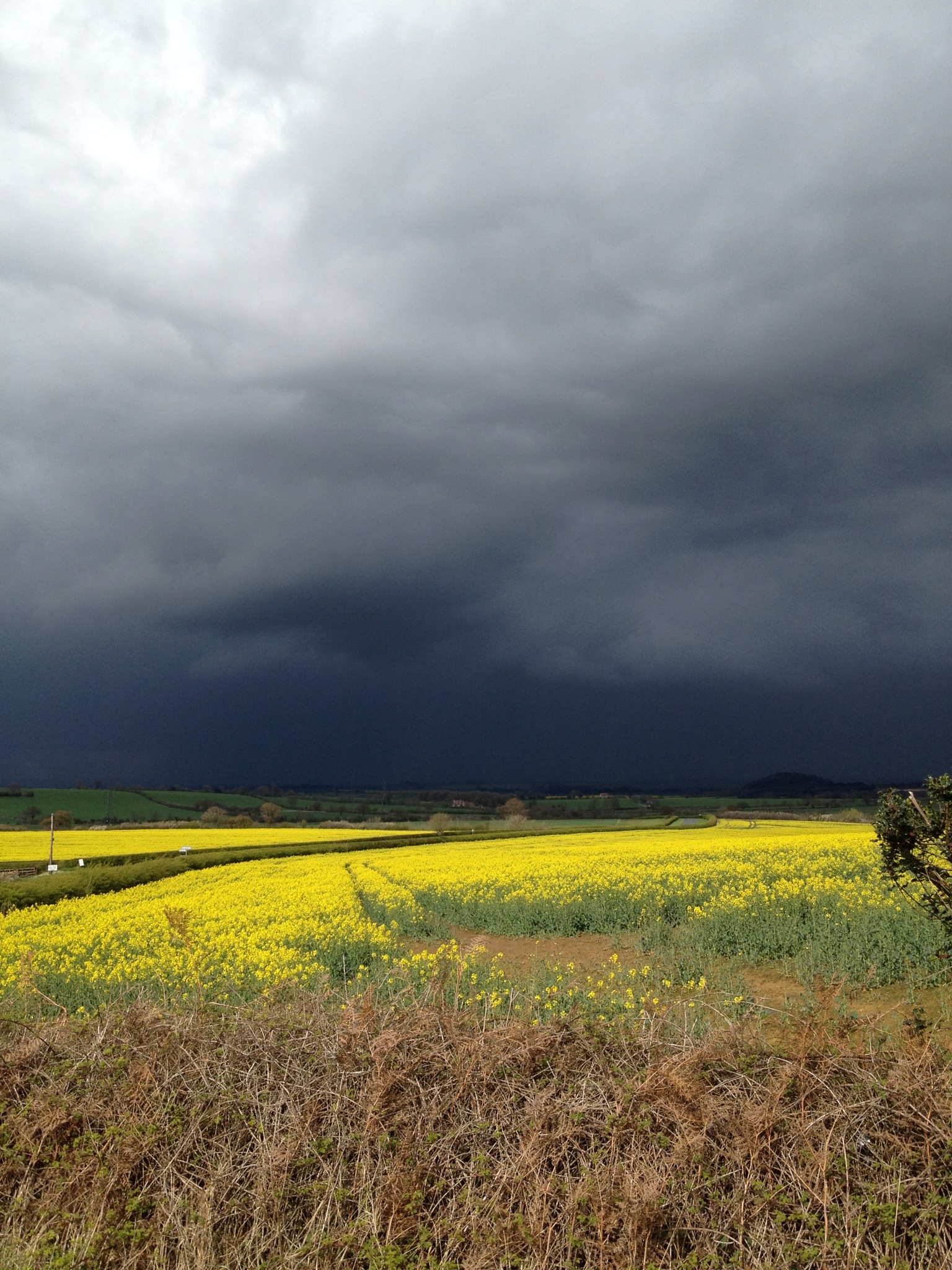 Asked to picture our favourite childhood memory, many of us will remember something outdoors, but we may well be the last generation to do so. Ask the same of today’s children and they are likely to answer their bedroom, in front of a TV or games console.

A new National Trust report ‘Natural Childhood’ is a welcome and much-needed spotlight on the issue and reveals the extent that our children are suffering from ‘nature-deficit disorder’. Leo and I are honoured to have been asked by the National Trust to be involved in the campaign and ongoing consultation. We will be writing guest blog posts, but also hopefully getting our hands dirty in helping show kids and parents alike the simple things that we can all do to reconnect with nature and the great outdoors. But you can start today. Whatever the weather this week, forget the chocolate eggs and endless film re-runs, get outside and try one of our simple activities; it is a present that your kids will never forget.

For inspiration, we thought we’d show you a few of our own homemade videos so you can pick up some tips:

We recognise that even those of us that want to reconnect and feel the urge to be in the countryside have lost the skills and sense of play that older generations enjoyed with the landscapes around us. That’s why we wrote Skimming Stones and Other Ways of Being in the Wild in the first place, to give people from 8 to 80 the ‘what’, ‘how’ and ‘why’ to connecting with nature. So, if you want all the techniques to building your own kites, foraging for food, building an igloo, finding fossils, making a woodland den, wild camping, carving a whistle from elder, navigating from nature, damming a stream, tracking animals, making rod and tackle to catch a fish…and, of course, the simple skill of skimming a stone well…please buy the book! It will provide you with the all you need to the start your own adventures in the wild, whatever your age.

The fantastic website www.livefortheoutdoors.com has been a source of inspiration to us for many years. It is responsible for many of our wild camping exploits (although they are careful not to encourage it!) and is the encyclopaedic online presence for magazine titles ‘Trail’ and ‘Country Walking’. It was lovely to read this morning that they have posted a little review of Skimming Stones and Other Ways of Being in the Wild:

It somehow manages to say something about nature that the rest of us can’t. Yes, there is a practical side to it, but there’s also a philosophical message that comes through as well. A great book for anyone who loves nature and wants to get more in touch with the great outdoors.

March is a phoenomenal time to wander outside into any of the rural spaces that exist around us and I urge everyone to take advantage of the brighter mornings and longer evenings. You don’t need to plan trips to our stunning fells or sweeping coastline; in parks and gardens and any rough scrap of land with vegetation and trees, we find nature stretching its limbs after the long sleep of winter; the bursting forth of green leaves and fleshy, furry buds. Slow down. Stop, look and listen. 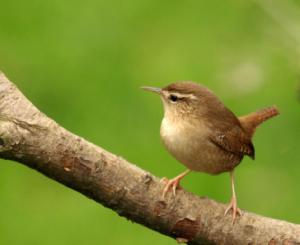 Birdsong becomes a powerful and peaceful morning wake-up call through our bedroom curtains even in towns and cities as winter migrants return from international tours and battle it our for territory. It’s nature’s X-Factor, only far more impressive and tuneful – the humble wren sings a song that contains 740 different notes per minute and which can be heard more than 500 metres away. All too often we take such things for granted, yet they are enchanting to stand and listen to. Learning to identify the differences between birds is rewarding work; birdsong has been proven to improve our mood and enhance cognitive abilities.

We should learn to value the fringes of our towns and cities where such wonders take place, the forgotten lanes and stands of trees, the scrappy rough ground behind the buildings, the places were urban and rural meet. These are hidden worlds filled with nature, playgrounds for young people and places to just be. But they are also the places at risk if the current planning legislation is passed. For my thoughts on the matter, you can read my guest blog for the National Trust. I believe we must protect and celebrate such spaces, improve our access to them and ensure that nature has a free hand to flourish. We should all live a little more for the outdoors.